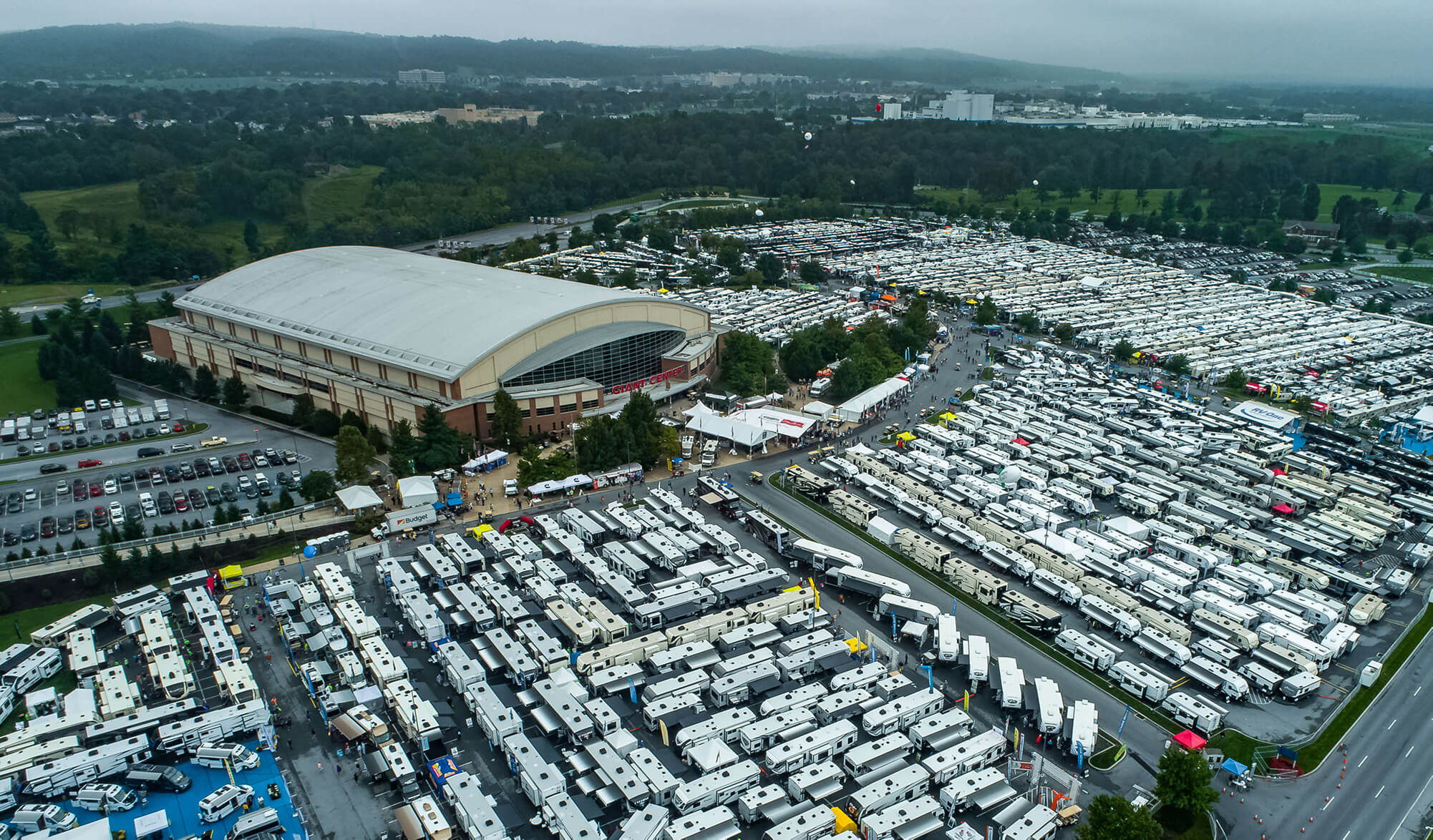 Camping World Chairman and CEO Marcus Lemonis announced via Facebook June 2 that Camping World does not plan to participate in America’s Largest RV Show, September 16-20, in Hershey, Pa., due to coronavirus concerns. The announcement came as a surprise to both dealers and the Pennsylvania RV and Camping Association (PRVCA) staff and board, who were not notified of his decision before the announcement.

PRVCA Executive Director Heather Leach acknowledged that there are hurdles to overcome, but the staff and show committee are working hard to ensure that the show will go on. The safety of all attendees, exhibitors and staff is the main priority. They have been formulating a plan that would detail how the show could safely move forward in September.

“When we heard about Camping World not attending the show, I immediately got emails from other dealers saying they fully support the show and will work hard to fill any void that leaves and that they’re completely 100% dedicated to PRVCA, which, you know, says a lot about the dealers in the state,” Leach said.

“While I understand that there’s obvious concern, we’re continuing to do everything that we can to try and make the event a success, and I’m sure we will be updating everybody as the summer proceeds to let them know what the future may hold. Right now, we’re still trying to overcome some hurdles obviously to make the show happen. And we really do appreciate the support of all the other dealers across the state.”

As Pennsylvania is still moving through the reopening phases, there are limitations on events. The show committee will present guidelines to the governor’s office to secure exemptions from the current policies. As of today, the show is still on as scheduled.

The Tobin Agency has specialized in Recreational Vehicle Insurance since 1975. They are a family owned agency with strong ties to the RV lifestyle.

When you call the Tobin Agency for a quote or to service your existing policy you will speak to a "live" licensed insurance producer with an understanding of RV Insurance. Call Tobin Agency to experience the "Tobin Touch"!

With an extensive background in sales and customer service, 'RV Matt' has cultivated a reputation of finding solutions for your sealing needs. Despite his title, he enjoys helping in the design and innovation of new products. A father of four daughters, he enjoys family time, outdoor sports and helping his community.

FANTASY RV TOURS is among the world’s most distinctive RV tour companies, providing sought-after RV vacations to exceptional destinations. With more than 20 years in the RV industry, Fantasy is one of the global leaders in RV caravan travel.  The company joined with CREATIVE WORLD TRAVEL in 2005, which has shown RVers new ways to vacation since 1970.

When Colonel Michael Lockwood was serving in the military he lived in an RV and often found it difficult to find nearby, long-term campground space. As he commuted more than an hour to work, he saw abundant space in homeowners' driveways and thought it would be great to be able to rent space to park his RV. After a more than 40 years in the Army, Lockwood retired and decided to help fill the need for more RV space by starting Up Close RV. MIchael and his team are experienced RVers who know all about the great experiences and the obstacles RVers can face. They can help new RVers prepare for life on the road.

Think about your favorite teacher in high school–that’s Chris. He’s friendly, even tempered, and very, very knowledgeable. A Recreational Vehicle Dealer Association (RVDA) and RVIA certified RV technician, Chris was a student of, and mentored by, his friend Gary Bunzer, the RV Doctor. He wrote for a number of RV sources before spending the past few years as the Technical Editor for Trailer Life and MotorHome magazines. A lifelong RVer, including 10 years as a full-timer, Chris has owned or worked on every type of RV from pop-up to bus conversion. Chris and his wife, Karen, currently travel with a fifth wheel or truck camper. 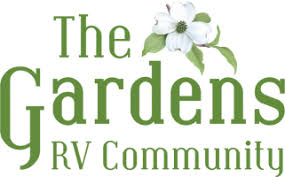 For RV enthusiasts who live in The Gardens motorcoach retirement community, traveling and exploring this incredibly beautiful, diverse and bountiful country is a prominent focus in lives. There’s also a lot of fun to be had at home in their Tennessee haven. Gardens homeowners find their days surprisingly full as they cram in everything from pot luck dinners, games and bridge tournaments to RV campouts.

Life in The Gardens has been compared to when you’re in grade school and you finally get out for summer recess: It’s more than just a retirement community on top of a mountain. It’s the closest-knit group of the most caring and loving people you’d ever want to meet.

Greg Dewalt is education director at the Pennsylvania RV and Camping Association, where he leads the education program for the association's members. He operated his own consulting and training business for 20 years, assisting RV dealers with training programs, customer care and increased profitability.

As a high school student, Dewalt performed pre-delivery inspections (PDI) and worked on trailer hitches at his family’s RV dealership. After eight years of service in the U.S. Army, he returned to the family dealership. Overall, he has more than 37 years of experience working in the RV industry on both the dealer and manufacturer side of the business.

Dewalt earned his Bachelor of Science degree from the U.S. Military Academy and continued his education in sales, management, parts, service and as a Master Certified RV Technician. 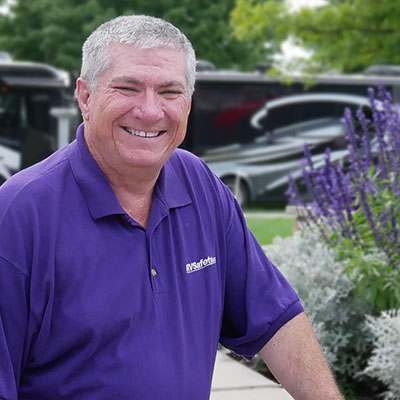 Not often does an entity come along that positively impacts all segments of a given industry equally. The RV Safety & Education Foundation, RVSEF, does that within the RV Industry. Thanks to the RVSEF, headquartered in Merritt Island, FL, today’s coaches are much safer.

The brainchild of John Anderson, A ‘Weigh We Go now RVSEF, first appeared in 1993 when John discovered that many RVs leaving the factory were decidedly overweight; many even before the owner loaded it. With product and personal safety at risk, John pushed on and began weighing RVs of all types in order to record and analyze the extent of the issue. Weighing is still one of the main tenets of RVSEF activities to this day and it still gathers data at many RV shows, conventions and rallies across the country.

Today, RVSEF works closely with the RV Industry Association (RVIA) and the RV Dealer’s Association (RVDA) in coordinating safety programs. Not to be construed as a consumer advocate, RVSEF is decidedly and purposely, a “safety advocate” and a champion for all involved in the RV lifestyle. Its efforts and dedication have improved the products created by RV builders as more manufacturers became aware of weight limitations and most now design their coaches with weight distribution and cargo carrying capacities in mind. 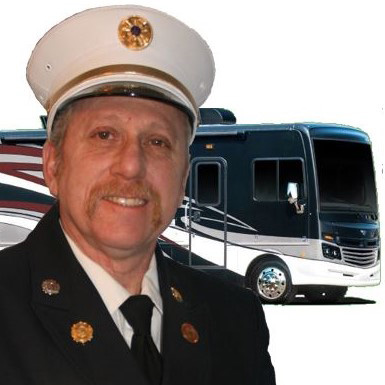 Steven Raye has been a volunteer firefighter for more than 40 years and has worked his way thru the ranks to Chief Officer and trustee of his fire company.  Presently, he is on the board of directors for The Sussex County NJ Fire Training Academy.

He owns and operates Regins RV Service, an on your site service company, and Phoenix Fire and RV Training. He maintains his Master RV Service certification through continuous training and education, just as he has done since the first issuance in 1998 and is a member of the Society of Certified RV Professionals. 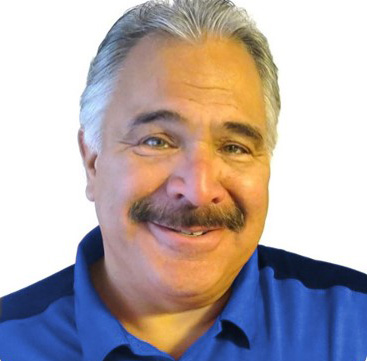 Tom Romero has 40 years of experience in the RV, marine and automotive aftermarkets. He joined REESE (Horizon Global) in 2001 and has been with the company for 20 years, providing sales and technical training on REESE towing products.

His passion is to provide RV towing education to everyone from the dealers to the consumers so they can enjoy the best RVing experience. 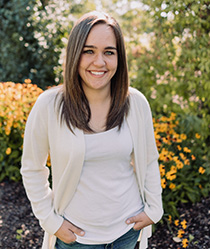 In her mid twenties, Cortni Armstrong was desperately trying to save her Dad's businesses after he suffered a stroke. Meanwhile, her lease was coming up for renewal and she found out that all of her roommates had made plans that didn't involve her. With no salary to back her up, a family friend helped Cortni move into an RV.  At first she was embarrassed and felt like it was her rock bottom.

A year later, Cortni had embraced the lifestyle and grew to love living tiny. The only problem was she didn't love the interiors offered in stock RVs.  Cortni took matters into her own hands and renovated a basic RV into her tiny dream home on wheels.  That experience made her think that maybe other people don't like the stock interiors either, and that there might be an opportunity there.  Thus, The Flipping Nomad was born. 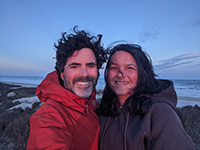 Freedom in a CanShari Galiardi and David Hutchison

As engaging professional speakers and life-long educators, David Hutchison and Shari Galiardi bring stories from their mid-life adventure to large industry travel shows, intimate college campuses, open "tiny houses" in REI parking lots, and a growing online audience. Travelling with their vintage camper for more than nine years and 150K miles to 49 states, 8 Canadian provinces, more than 100 National Parks & Monuments, and countless other public lands, they have pursued what it means to live the good life and sustain it. As presenters, they “are consummate story-tellers, skillfully weaving practical know-how, sustainability tips, stories and images… guaranteed to change the way you think about your everyday way of being in the world," B. Beaulieu. The couple writes about all things camping and off-grid living for The Dyrt’s online magazine, Renogy Solar, and Northwest RVing.

Mike Sokol has been a live-sound, recording, and design engineer for over 38 years as well as a musician for 50 years who has run sound for thousands of Worship, Music, and Political events. In addition to teaching audio production at all levels, he’s been a contributing editor for magazines such as Church Productions, EQ, Electronic Musician, and Mix, as well as a technical consultant to Apple Computer and Microsoft. During the past ten years he’s presented over 600 seminars and Hands-On Workshops across North America at Churches, recording schools, universities, and professional audio organizations such as the Audio Engineering Society, the Society of Broadcast Engineers and NARAS (Grammy Awards Group).

Randy Sobel is president of Sobel University, which has developed RV sales and management training that currently reaches 500 Dealerships in the U.S and Canada. In more than 28 years, Sobel has presented numerous times at the RVDA, RVIA, 20 Groups, State and Provence Associations meetings as well as most Factory Dealer meetings. His training material has changed drastically over the years to stay current and relevant. Sobel still trains in two RV Dealerships most weeks as well as holding University courses in Tacoma and Atlanta.